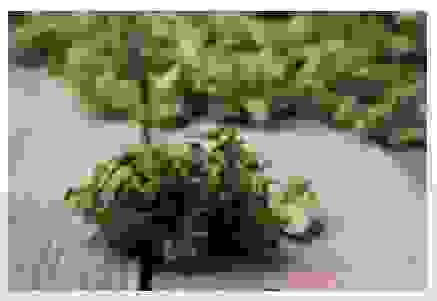 Marijuana is a mix of dried, shredded leaves and flowers from the marijuana plant. It is often green, brown, or gray. There are many ways to use marijuana. People can:

Dabbing and vaping are on the rise.

Marijuana can make you feel silly, relaxed, sleepy, and happy—or nervous and scared. It may change your senses of sight, hearing, and touch. Marijuana can make it hard to think clearly. In rare cases, some people start seeing things that are not real, called hallucinations.

Some slang names for marijuana are:

Signs of Marijuana Use

Someone taking marijuana can:

Marijuana makes you feel like time is slowing down. Minutes can feel like hours. At the same time, everyday sights, sounds, and tastes may seem really interesting or funny.

Marijuana can make you feel very hungry. You want to eat lots of junk food. Some people call this "the munchies."

People who smoke marijuana often smell like it afterwards. Marijuana smells sweeter than cigarette smoke. A person might use incense, cologne, or perfume to try to hide the smell.

Effects of Marijuana on Brains and Bodies

These are just some of the problems marijuana can cause:

Using marijuana makes the heart beat fast and raises your risk of having a heart attack.

People who smoke marijuana can get some of the same coughing and breathing problems as people who smoke cigarettes. Marijuana smoke can hurt your lungs.

Not Caring About Life

Over time, people who use marijuana can get "burnt out." They don't think about much or do much. They can't concentrate. They don't seem to care about anything but smoking marijuana.

An overdose happens when a person uses enough of a drug to have a very bad reaction or death. People can overdose on marijuana when they take too much of it. This can cause very uncomfortable side effects. In recent years, emergency room doctors are seeing more overdoses in people who eat marijuana edibles (gummies, lollipops and other foods). It takes longer to feel high from edibles than from smoking. Because of this, sometimes people eat too much because they think it isn’t working.

Signs of marijuana overdose are:

We do not know of any person who has died from using just marijuana.

Although some people don't know it, you can get addicted to marijuana after using it for a while. Over time, it can change the way your brain works. If you stop using it, your body can get confused and you can start to feel really sick. This makes it hard to stop. This is called addiction.

This is more likely to happen to people who use marijuana every day or who started using it when they were teenagers. They might need to smoke more and more of it to get the same high.

People who are trying to quit using marijuana can:

They will feel a strong need to take the drug.

Fortunately, there is counseling that can help someone with a marijuana addiction.

Remember that even if you get treatment, it can be hard to stay off the drug. People who stopped using marijuana can still feel strong cravings for the drug, sometimes even years later. This is normal. This is also why it’s important to stay in treatment for as long as your doctor suggests.

What is Medical Marijuana?

The marijuana plant has chemicals that can help with some health problems. More states are making it legal to use the plant as medicine for certain illnesses. But there isn’t enough research to show that the whole plant works to treat or cure these conditions. Also, the U.S. government still doesn't think of marijuana as medicine, so it's still illegal at the national level.

A few medicines have been made as pills and oils. These medicines have chemicals that are like the ones in the marijuana plant, but are not the same type that people usually smoke. They can:

Smoking medical marijuana can also hurt your lungs. These and other effects on the brain and body could make marijuana medicine more harmful than helpful.

Another problem with marijuana as a medicine is that the ingredients aren't exactly the same from plant to plant. There's no way to know what you're getting.

Scientists are trying to find ways to make safe medicines from marijuana.